Even though sexual utopians can no longer boast about Bonobo nonviolence, they often maintain that Bonobo promiscuity would be suitable for humans-presumably because we share a lot of genes and even some behaviors.

However, the sexual utopians are forgetting one thing. Bonobos don't have "pair-bonder brains." We do.

Bonobo chimps appear to be our closest living relatives. Zoologists once characterized them as the "make love, not war" hippies of the chimpanzee species,… Continue

Groping for perspective on the health care fight 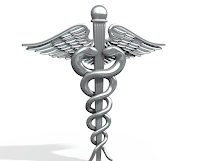 The health care debate we're watching just about stuns me. With all the damage the for-profit health industries, especially the insurance corps, have done to individuals, families, businesses, with the demonstrably better outcomes in virtually every other prosperous countries, all of whom involve government in insuring their people, the fact that we still might… Continue

Check Out Our Very Own Meri Walker the Vitual Meeting Coach!

Meri has a fabulous free email series of 21 tips to familiarize people like me who are dragging themselves into the world of doing business and holding meetings online. Short, concise and insightful tips for being with and working with others at a distance. I have greatly, appreciated your wisdom, Meri. Thanks.
Susan Kramer-Pope

One of the folks posting on the Tidings online forum after this week's column called me 'dense.' You know, it just could be. I've read a lot of online responses to the question that I've asked for two straight columns now: What is it about the human body… Continue

Ashland Peacemaker and Human Rights Attorney Eric Sirotkin Returned to Ashland this week from Korea and Vietnam. During that time he worked with the South Korean Truth and Reconciliation Commission, met with Peace groups, followed 10,000 riot police in the street and gave a Right to Peace paper at an international conference in Hanoi. Follow his trip entries on his blog at www.ubuntuworks.com.

There has to be something I'm not getting here...

I gave this week's column the title "Still Clueless After All these Years," knowing that I was lobbing a fat slow one over the middle of the plate for readers less than thrilled about my take on life. Sure enough, here was one of the online comments: "I must say… Continue

I am embarking on writing a book. If you have had a custom home built or gone through an extensive remodel, I would like to interview you about the experience.
If you are a custom builder, I would like to interview you about your experience of being in the custom building field.
Of course, all will be held in the strictest confidence. If your story is used, no names will be used.

Thanks so much.
Susan Kramer-Pope

This message was originally sent by Dr. Tony "Shiva" Chester who has been a lifelong student of the Dharma and a teacher for nearly 30 years. Good words to remember, in case we've forgotten...
clearlightseminars.org
******
Summer Solstice 2009

The Summer Solstice energy this year is more powerful than any that I have witnessed in this life. It is almost as if the consciousness of the world is on… Continue

If you read this space much you've probably picked up on how much I like the move towards local economies. It's the lynchpin to stepping through the chaos of coming months and years to a world that offer our kids and theirs a chance (who knows how big) at decent lives. So why is it that every month I'm shipping $30-50 that could stay in my community to Chase Bank?… Continue 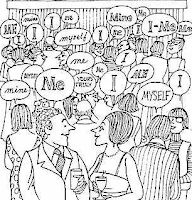 No, actually it's All About Me. Or at least it's ridiculously easy to think so. I caught myself cold doing that the other night, and wrote about what it did to my evening... an evening I'll never get back… Continue

Why Does the Honeymoon End--and What Can We Do?

In recent years, we’ve heard a lot about how the brain in love triggers neurochemical reactions for infatuation, lust and attachment. Too often, however, those…