Let It Flow - Tears Detoxify Us | The Daily Om How wonderful it feels to give in and let tears flow when we are overwhelmed with emotions, whether we are happy or sad. Tears come from the soul, from our well of feelings rising from deep down. When we give in to the prickling behind our eyes and the lump in our throat to let teardrops fall from our eyes, we allow our feelings to surface so they can be set free.

Proud parents shed tears of pride in a child’s accomplishments, a baby’s… Continue A recent report report by the Center for American Progress estimates that investing just $100 billion in the green economy (one-seventh the amount contemplated in the administration's proposed Wall Street bailout) would create 2 million new jobs, with a significant percentage of those coming in the struggling manufacturing and construction sectors. In contrast, investing that much money in the financial services sector would generate just 1.1 million… Continue

For more than a century the automobile has been burning vast quantities of petroleum based fuel, polluting the air, creating greed and wars over oil. Electric cars have zero emissions where they are being driven, but coal, hydro or nuclear power plants produce the electricity on which they run and themselves cause pollution and problems for our planet. So, what’s the solution to gas guzzling, carbon emitting… Continue

Do you remember Rodney King, the guy in LA who was videotaped as cops used him as a pinata? There was a riot in LA when the cops were acquitted of all charges, and Rodney was famously quoted as saying "Can't we just all get along?"

A lot of my columns ask more or less the same thing. Haven't really heard much in the way of answers. In… Continue A group of Ashlanders will apply in the coming month to make Ashland a Transition Town, a step that will provide the framework for citizens to form groups to strategize for sustainability in energy, food, water, finance and other areas.

At the same time, Ashland has just gotten its first trainer - one of only 22 in the nation - to educate participants in sustainability initiatives, meaning a community actively working toward energy and resource… Continue

There are lots of ways, actually, and they're all around us. I'm calling them SHTIPOOFs. A lot of them have to do with cars, so that's where I chose to start the inquiry in this week's column.…

Welcome To The Web-Connect Future

The other day Linda Cotrufello posted an article on this site. The article has been going around the internet and was also posted on another community bulletin board here in Ashland. My response here is strictly to the author of the article and not to Linda. I assume her motives are good and based on her care for our society. But the actual article is by a controversial conspiracy theorist named Victor Thorn. He describes himself in… Continue

Don't get too comfortable. The economy is still falling. Here's some things to think about from a great source.

* The Auto Makers will be bailed out, whether the people want it or not
* The stock market may or may not have bottomed but that doesn’t mean the economy has
* If you think the sub prime loans were bad wait until you see what is waiting with Alt-A and Option ARMs
* Putting ARM loans in perspective 5.5% isn’t good a “good rate” if you can’t afford it
*… Continue

Below I copy from Jon Carroll's column in the SF Chronicle published today, 9-16-08. Worth the read.

David Foster Wallace gave the commencement address at Kenyon College in 2005. A transcription has been running around the Internet, and quotations from it have been used in many places. Here's my favorite bit:

"Worship power, you will end up feeling weak and afraid, and you will need ever more power over others to numb you to your own fear. Worship your intellect, being… Continue 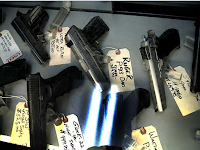 You may not know about Barack Obama's agenda to take everyone's guns away. The Oregonians who are hip to this have been flooding gun shops to stock their arsenals before he takes the oath of office.
Where's this headed? And can we even talk about it without foaming at the mouth?
I'm trying to find out…
Continue

The Song Of The Reed

Listen to the reed and the tale it tells,
how it sings of separation:
Ever since they cut me from the reed bed,
my wail has caused men and women to weep.
I want a heart that is torn open with longing
so that I might share the pain of this love.
Whoever has been parted from his source
longs to return to state of union.

When the rose is gone and the garden faded,
you will no longer hear the nightingale’s song.
The Beloved is all; the lover… Continue

"I watched prairie dogs every day, rise before the sun, stand with their paws pressed together facing the rising sun in total stillness for up to 30 minutes," says Williams. "And then I watched them at the end of the day take that same gesture 30 minutes before the sun goes down they would press their palms together in perfect stillness. I don't mean to anthropomorphize, but when you look at a creature that has survived over the… Continue

Wanting to be sure you know about the Abundance Swap...

If you've been to a past Abundance Swap, you know the magic. If you haven't, come Thursday by 7pm and you will. Be sure to check out www.abundanceswap.org first to know what to do.
See you there.

Just a thought...
isn't it so 'earthnocentric' that we still call it solstice - cause it's us, the Earth which stops/stice in its tilt for 3 days, not the sun.

I vote we call it Earthstice and Earthrise and Earthset, 'cause that's what they do!

Unveiling of We' Moon '09: A Special Event in Praise of Food and Possibility for the World

Attended the 'Unveiling of We' Moon" last night at the Belleview Grange to a standing room only audience of women, grandmothers, elders and supporting men. The We 'Moon '09 Calendar was unveiled and excerpts were read from the book by some of the contributing authors and artists. 'Twas great to see so many women artists gathered in conjunction with indigenous elders and presenters Aggie Baker Pilgrim, Betty LaDuke and her… Continue

"We have come to be danced", by Jewel Mathieson

We have come to be danced

Not the pretty dance

Not the pretty pretty, pick me, pick me dance

But the claw our way back into the belly

Of the sacred, sensual animal dance

The unhinged, unplugged, cat is out of its box dance

The holding the precious moment in the palms

Of our hands and feet dance.

We have come to be danced

Not the jiffy booby, shake your booty for him… Continue

We have come a long way when... black dances white,
race meets grace and holds the space for a soul-filled dance to rise up in Medford!!!

This isn't a theoretical question. The economic meltdown that's worrisome and nerve-wracking for most of us is becoming life-threatening to more and more people in our own country. In an earlier newspaper column I asked readers to be honest about whether or not they think this is their problem.
Most of them answered that they do. They even have some answers that worth…
Continue

"It's Never Too Late To Be Here Now!"

A new phrase came thru me a couple of weeks ago. Maybe it resonates with you too :~)
If you wish, please share widely, with attribution. InJoy.