Jackson County says it's leaving the Association of Oregon Counties. That's never happened before, and the AOC goes back to 1906. They say it's because the Association isn't tough enough protecting county interests against cities and school districts. But that's not the kind of help counties need.
This is a much bigger deal than it looks like. It's also an…
Continue

You are invited to write an article for the Inner Peace Column which appears in the Ashland Tidings each Saturday - back page. This is a place to share your journey to and or experience of inner peace. When we share, everyone gains; personal lives are touched in ways unseen and our community spirit and energy is enhanced. We want to hear about all paths, disciplines, clergy, non-clergy, believers, non-believers and seekers of all ages. No one is excluded when we hold the light for one… Continue 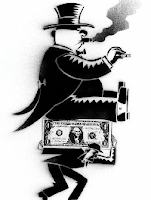 Tired of getting treated like an idiot at election time? Me, too. Mostly it happens with slogans and buzzwords designed purely to trigger you rather than help you think through an issue that needs some thought.
The current example that bugs me enough to deserve…
Continue

Give it a rest?

There's a feud in Ashland over a decorated tree -- holiday tree, Christmas tree, gift tree -- again. In the struggles of past Decembers, I've held a pretty steady ACLU line: if an emblem of the season feels religious, or if some people feel excluded by it, it doesn't belong in school. Where there can be harm infusing a religious flavor into schools, there's really no… Continue

Up, Up and Away - 4-Week Public Class Will Teach You How to Make Your Laptop/Netbook Your Best Friend!

PublicClass_Man2sides
If you're tired of having computing being… Continue

Tin Man and Me

This allegorical poem/story was written about the dynamic in relationship where one person just isn't available. The Wizard of Oz is one of my all-time favorite stories.

Tin Man and Me

Making my way down the yellow brick road

across my path the Tin man strode.

For so much armour his touch was quite soft,

I could see through his shield all the dreams he had lost.

I told him my journey's final stay,

We are drawn together in order to heal

We are drawn together for the purpose of healing. Whether we are drawn to our soul mate or drawn to an exchange with our neighbor. The purpose of relationship is to heal. Any other agenda is spiritual futility. It's a simple enough focus yet maintaining it requires diligent effort and a constant re-directing of the ego's petty demands. We come together in order to heal. The ark is entered two by two; we go to heaven (the state of blissful consciousness) with whomever is in front of us in the… Continue

Hot Flashes: Young girls get them too

One particularly warm evening in June, I observed my 12-year-old daughter having, shall I say, a cranky moment? No, it had been a cranky day – maybe two. Not that she wasn’t the cranky sort, or didn’t have it in her to be cranky, but her “spells” generally did not last long. She had always been a child with “bounce back” ability, meaning that if she got mad or upset at something or someone, it didn’t last very long. I always admired her greatly for this (actually marveled at this) as it was… Continue 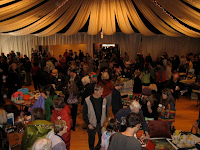 This is what our 8th Annual Abundance Swap looked like last Sunday in Ashland. We invented it in the heat of the "Black Friday" buy-buy-buy frenzy in 2002. We're proud of it.

We're proud of the experience people have there -- here's… Continue

Worship has long been recognized as a potent tool for precipitating spiritual growth. We advocate active worship in which each one of us is the worshiper rather than forms of worship that depend on an expert with us as a mostly passive observer. Our training in worship reflects the principles of worship as it is conducted in India , but it will serve those wishing to worship traditional Christian personalities and symbols equally effectively.

Worship as we… Continue

Astrology and The Cycle of The Soul

The cycle of the soul is represented in the zodiac. Just as there are cycles in nature, the seasons, there are cycles to our soulhood: birth, death and rebirth. The journey of our humanhood is a kind of growing of the spirit, from soul-infancy through soul-adulthood, middle-age, “older age” and death, then rebirth. These stages of soulhood have similarities just as the stages of humanhood. The cycles of our humanness are universal: regardless of where we are born on this planet, we all go… Continue

The great astrologer and mystic, Isabel Hickey, has this to say about the spiritual science of astrology:

"Astrology involves the relationship between the larger universe outside you and the personal universe within (as above, so below). The same energies that function in your personal horoscope function in the larger one ‘out there.' The blueprint we call the horoscope, or the birthchart, plots the energies that flow in your magnetic field. At the moment of birth you took into your… Continue

Christmas is a special time of year for many reasons - tradition, family, goodies of all kinds, etc., and while for many it is a religious celebration, it can also be a time of spiritual celebration as well. This metaphysical understanding of Christmas can bring a powerful dimension to your celebration this year making it less commercial and more personal than ever before. The greatest dimension is reached when we realize that the “Mass of the Christ,“ Christmas, is really our story - the story… Continue "When the voice of the Silent touches my words
I know him and therefore know myself."

Love adorns itself;
it seeks to prove inward joy by outward beauty.
Love does not claim possession,
but gives freedom.

Beauty is truth's smile
when she beholds her own face in
a perfect mirror.

Beauty is truth's smile
when she… Continue